Why I quit my job at Infosys? 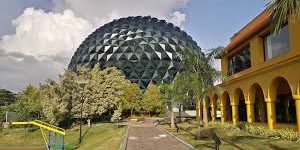 Most of you may be interested in knowing why I quit my job at Infosys. If you are, then read on.

I have served God at Infosys since July 2006. It was my first job as a fresher out of college. I cannot deny that it was an amazing experience.

I never did really dream of working with Infosys. While I was in college completing my Engineering degree, I was working on attempting GRE and TOEFL. I wanted to go to Illinois Institute of Technology, Chicago and study there. My aim was to get a Masters degree, a job and enough money to fund a bible college education.

I did not have a clue to what God had in mind for me. It was the August of 2005 when we had completed our third year at college that companies would come to interview us to pick us up for their organizations. I did not want a job. My path was different. My roommate suggested that I do consider getting a job as a cushion in case my plans for higher studies did not kick off. It would also get us some respect in college. I thought that was fair. I did attend an interview with TCS. I did not like the amount of time they took to interview us. I was bugged. I decided to stay mum in the group discussion. It worked, they sent me back after 2 days of interviewing. I was glad. Everyone who did not get through were gearing up their strength for the next day when Infosys would come to interview us. I was not.

Infosys would ask us to solve puzzles. I have never attempted any of those before. My friends spent the night cracking puzzles from some books that I have only seen with them. Early next morning, a friend asked me to accompany him to the interview. I told him I was not interested. Besides I have never attempted a puzzle. I do not even know if I could crack it. He needed company. I had nothing else to do. I went along.

I did the test. It seemed easy. I could crack 9 of the 10 puzzles. The language test seemed easy. I was 1 among the 18 out of 150 people that cleared the tests. I did not know if I had to be elated or confused. We were to present ourselves for an interview in 3 hours time. Just about enough to use my roommates resume to create one for myself, and go to the computer center to print it out. Borrow formal clothing from friends and a size small pair of shoes from another. I was set. The interview was a big flop I thought. I proved to the interviewer that he was a pirate who used pirated software. I was confident they would drop me. Then came the results. 17 out of 18 were picked. I was the second one on their list.

It was then that I was really confused. Why did God allow me to get this job when I did not think I needed it? God could have allowed someone else to get their dream job. It made me think and pray.

3 months later I realized that God had a purpose for me in getting a job with Infosys. I had no clue what it was. But I knew deep inside me that I had to obey and join Infosys.

I came to Mysore. Found a house to live in. Training began. God was working. It was a month after I joined Infosys that I came in touch with a young bunch of people who loved God and worked at Infosys. They called themselves ROCK – Representatives Of Christs Kingdom. Soon I found myself to be a ROCKfocion.

It was December 2006 that we felt a strong burden in our hearts to start a Church in Mysore. 2008 February we did start a Church. I was chosen to pastor this church. We called it Cross Cultured Church.

By 2010, my heart was all set on serving the church with all my time and resources. I realized that my real calling was with my church and not with Infosys. God had brought me to Mysore for this very reason.

It was not going to be an easy decision. I was in the comfort of a sizable income from my organization. Moving out would mean… But I knew that this is where God wants to take me. So, I did resign. The day I resigned, it was pure joy. I thought I would have mixed feelings. Strangely, I felt great peace comfort me. I was excited.

January 28, 2011 is my last working day with Infosys. I know the One whom I trust is able to keep me!

From now on I devote myself to the message I must carry.

God bless you all!